Our love of mid-century architecture drew us to our home - a Pettit + Sevitt house designed by Ken Woolley in Cheltenham, NSW in Sydney's north west - and with a few small tweaks, we made it our own and after six years, have now passed it on to its new owner. Read on for before and after photos, including a fairly dramatic kitchen makeover! 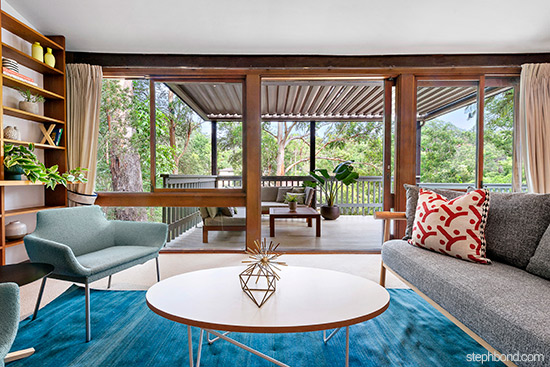 When we first moved into our home in Cheltenham (a bush suburb nestled next to Lane Cove National Park, and mostly considered part of Beecroft), we had no clue about it's heritage, other than the cool mid-century style that we loved - Western Red Cedar-clad timber walls, exposed beams, raked ceilings, cool curved wall details, slated timber balustrades, timber sliding doors and window frames, and a level of craftsmanship that you just don't see in many new builds.

I had learned about the Sydney School of Architecture from a friend with a similar-styled house. After some research I discovered the Pettit and Sevitt project homes that were designed by Ken Woolley AM, of which only 3,500 were built; and that's where the obsession started. It wasn't long after that I happened to be cleaning out the bottom cupboard in the study nook, and found a folder at the bottom of a drawer face down, that I hadn't noticed before. I turned it over and there in glorious modern-for-its-time typeface was Pettit + Sevitt. I just about had a heart attack. And then I did a happy dance.

We had spent some time in the house and knew that we didn't love the country style kitchen, and the cork flooring was wearing through in areas. The powder room was a dark and depressing spot, and the wall colours throughout were more 90's than mid-century cool. So we freshened up with white paint (Dulux Vivid White, Natural White and Peplum quarter strength depending on the light levels) in the living areas and pastels in the girls' bedrooms to show off the beautiful timber without competing with it, replaced the cork in the kitchen and meals area with Sydney Blue Gum timber flooring to match the rest of the living area, modernised the kitchen, study nook, and laundry, installed new fans throughout and tidied up a few bits and pieces of the otherwise well-maintained home.

As we prepared for sale, we engaged Amazema Interiors to use some of our furniture and artwork, and they add their own pieces to create a style that showed off the quirky nature of the home. We couldn't be happier with the result, and working with the Amazema team was a dream. 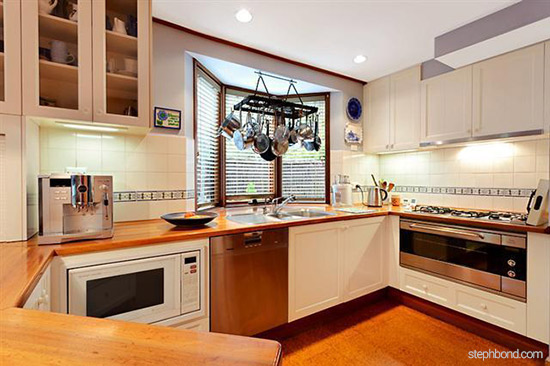 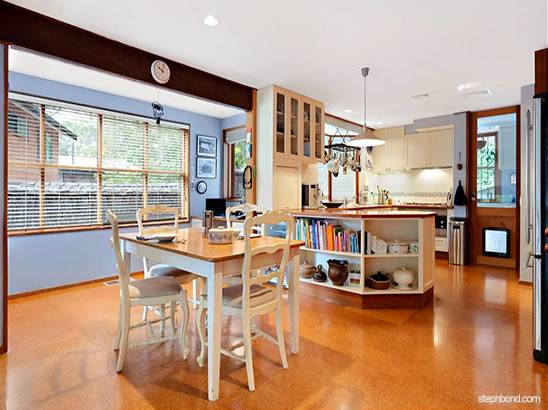 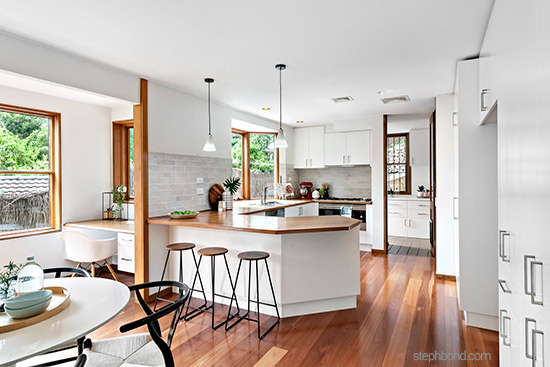 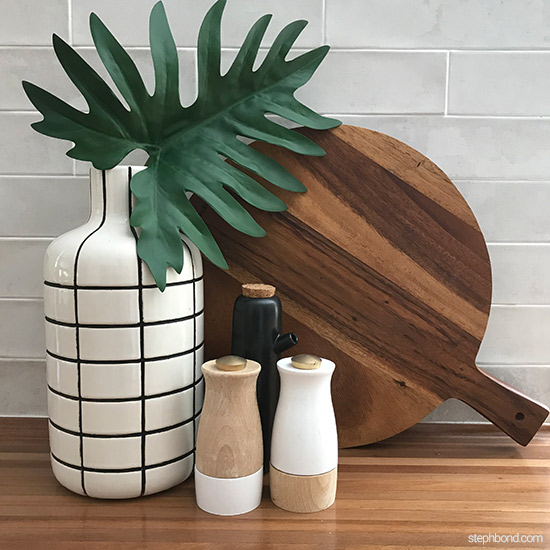 Handmade kitchen stools by Little Red Industries, using the timber from the doors of the previous pantry cupboard. Pendant lights by Milk & Sugar. 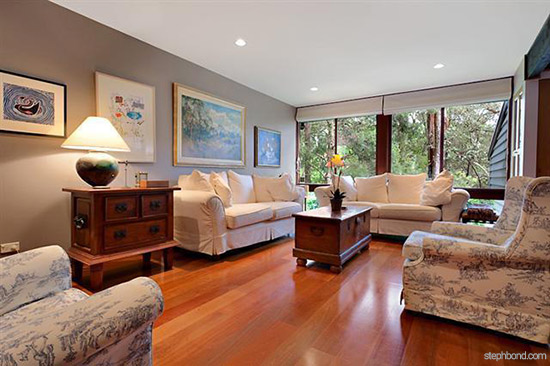 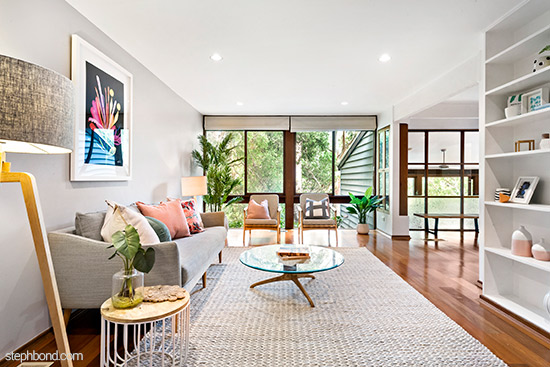 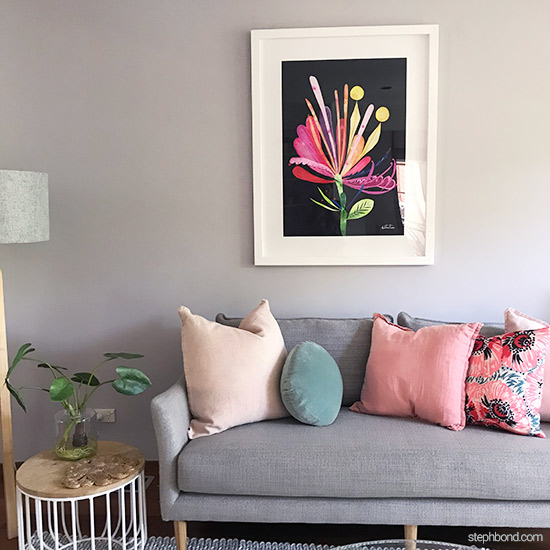 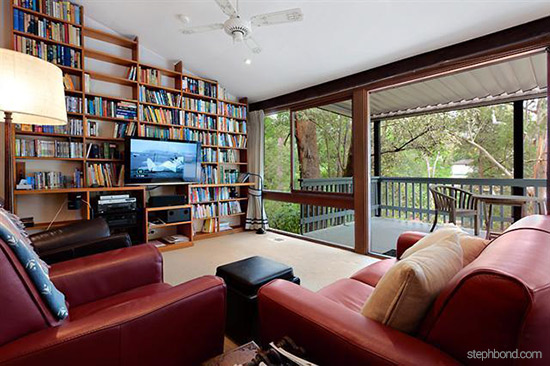 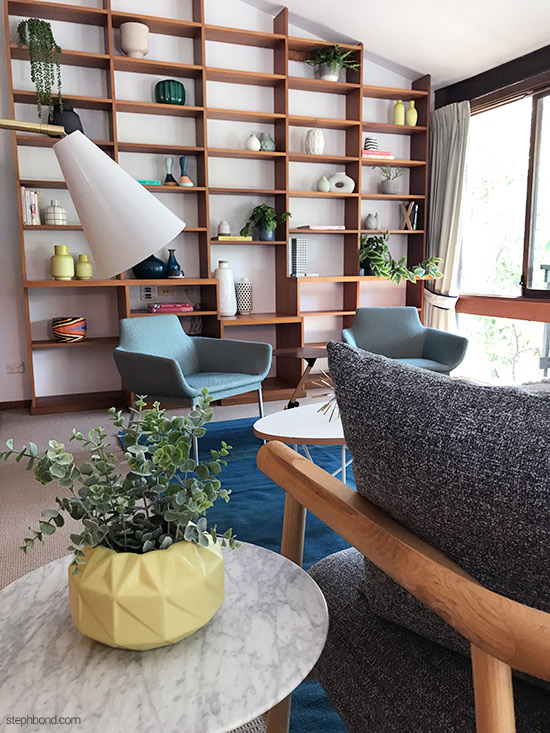 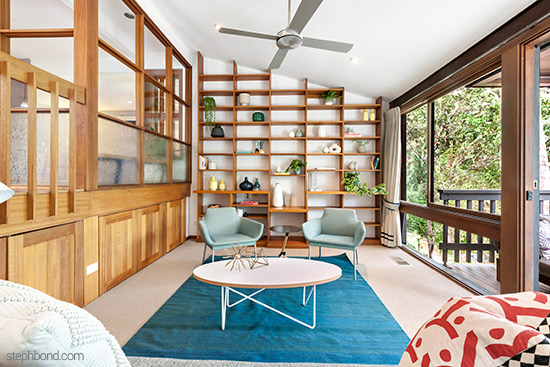 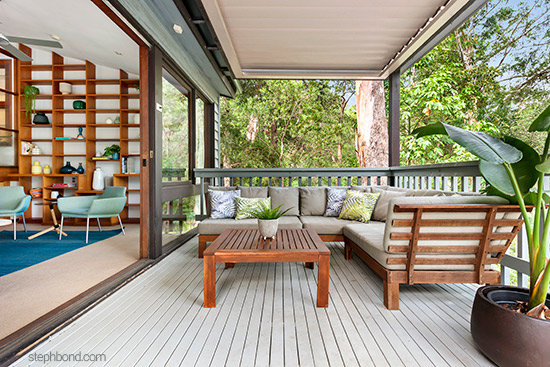 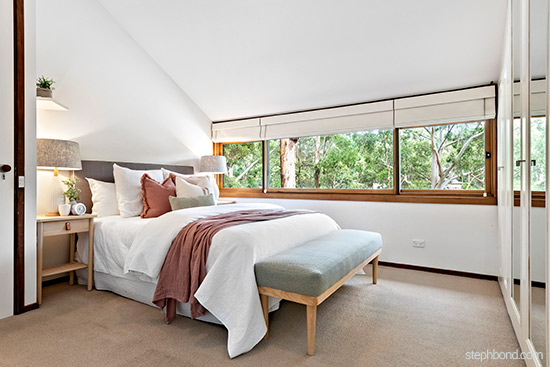 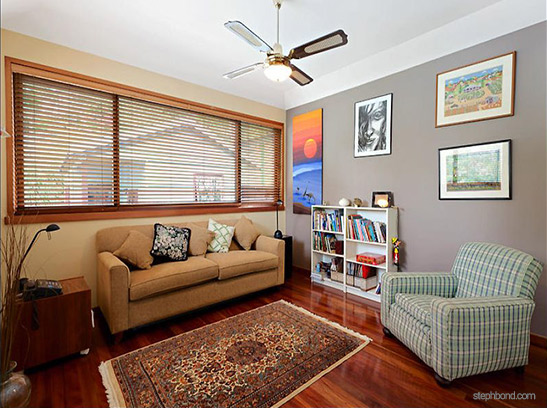 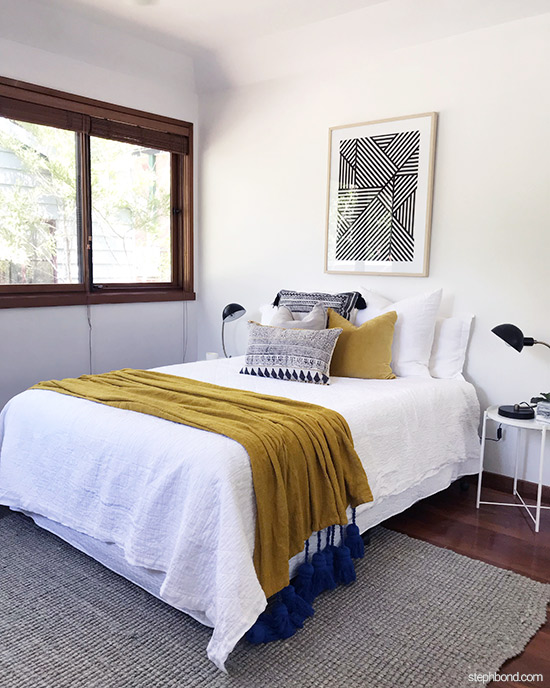 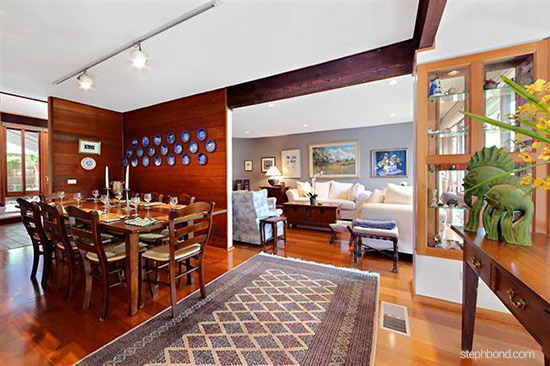 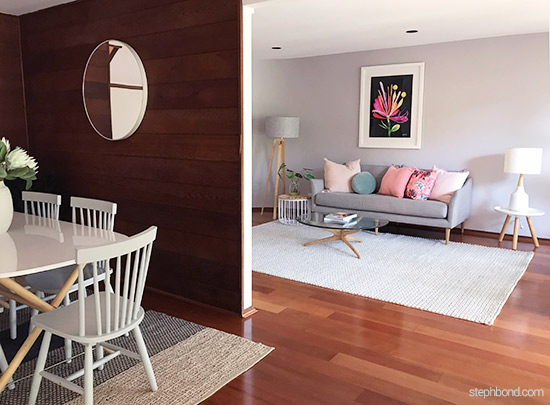 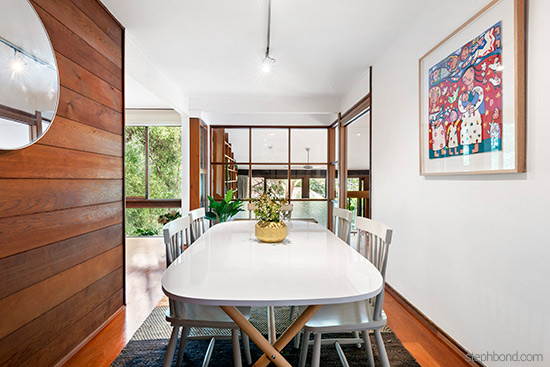 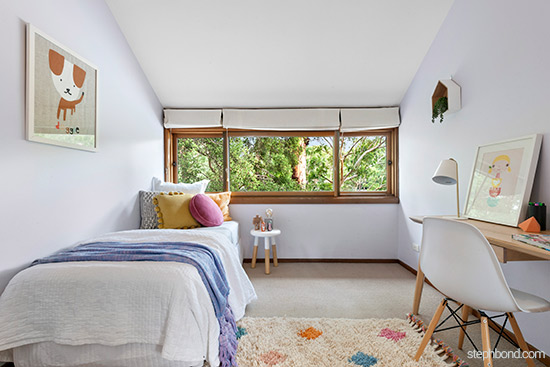 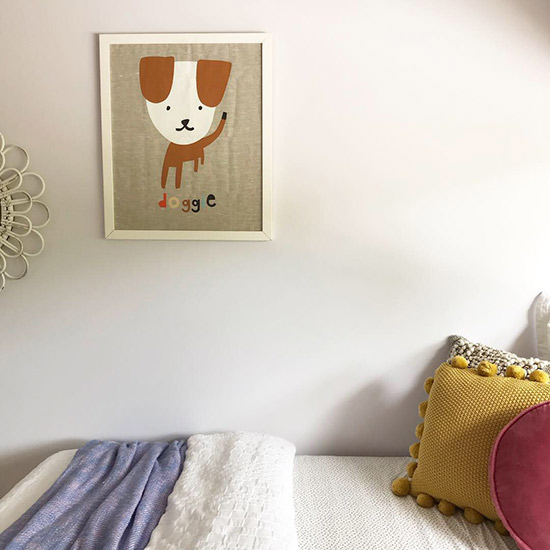 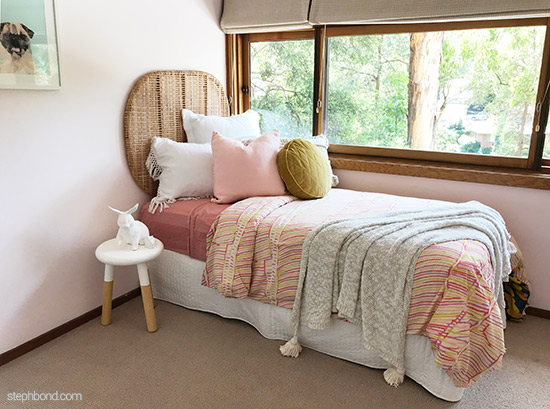 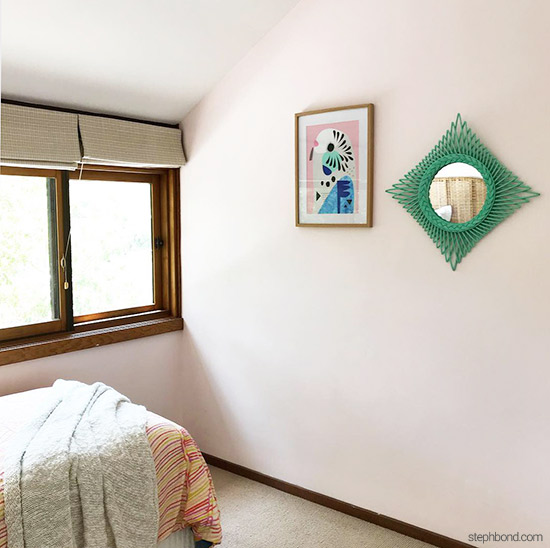 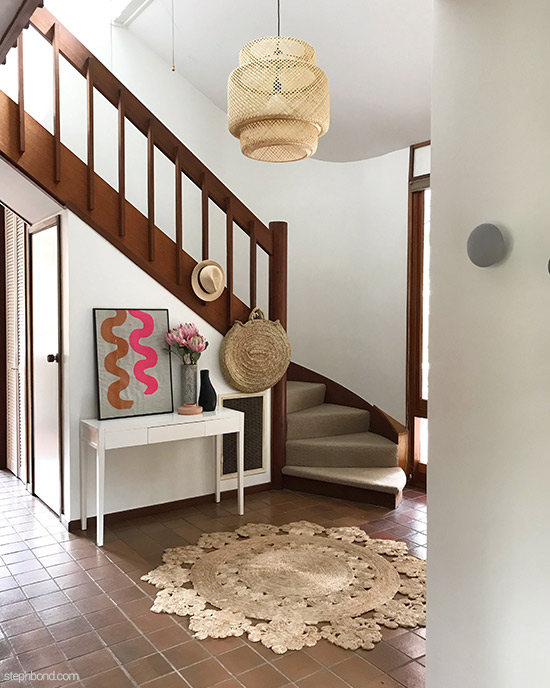 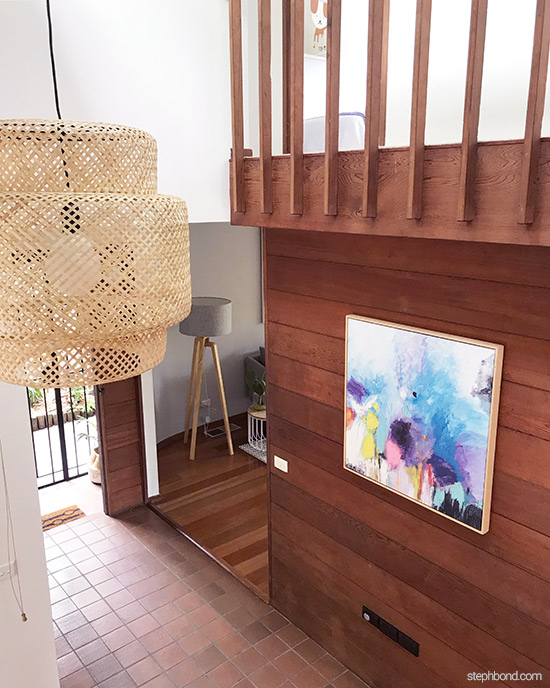 It's been such a special place to bring up our girls; afternoon teas and sundowners on the deck watching the birds in the tree tops, picnics on the sandstone rocks with their friends, endless hours playing in the art studio, delight spotting echidnas and competitions to identify all the birds. We hugely respect the way the Pettit and Sevitt architecture encouraged integration with the outdoors, and worked with plots of any size and shape; little wonder they are dotted around Sydney's bushy suburbs, nestling beautifully into the landscape. 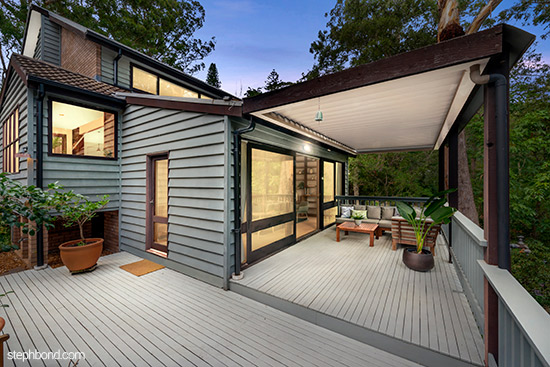 Your comments make my day :)